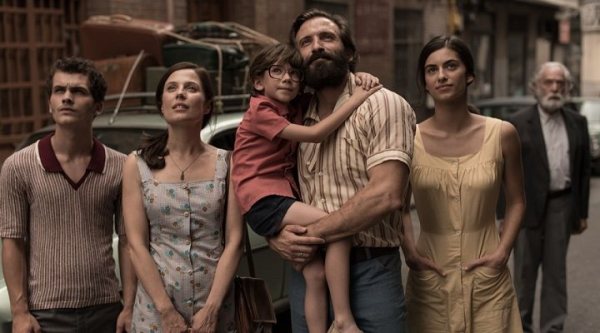 It’s 1976. The Olmedo family has left the countryside for a new life in Madrid. But their new home becomes a house of horrors in this hit supernatural thriller based on actual paranormal events.

if you weren’t fortunate enough to take part at the Night Stream festival. There s new haunting coming to Shudder. Just in time to round out the spooky season. If you’re looking for something to get you in the holiday spirit I think it works tonality.

This may be a case where maybe I’m just too far removed for the culture to think anything special of this film. Another “based on true events” baiting for audience members. I’m not saying that it’s a false claim, I just don’t bother to fact check anymore. Whether it’s actually based on true events or not doesn’t make a movie better for me. It’s seemingly a brand new ghost story with all the old set ups. Disappointed to say the least, everyone does a good job acting a the story itself seemed interesting until the 3rd act.

If you’re a big fan of Spanish horror. This may be the film for you, at times it’s did give me Verónica 2017 vibes. I wouldn’t be excited to give this film a second watch myself. However, I know this movie will find a fanbase. I’m just not sure who that is…